Here’s a top 10 list of the times billionaires buying Bitcoin made the news past and present, from around the 2017 bull run to 2021 – including their best quotes and Bitcoin price predictions they made.

“Having some Bitcoin is simply a less dumb form of liquidity than cash. When fiat currency has negative real interest, only a fool wouldn’t look elsewhere.”

“My Shiba Inu will be named Floki.”

Elon Musk is the founder and CEO of SpaceX and product architect of Tesla, Inc. A centibillionaire, Musk is the richest person in the world as of September 2021, recently overtaking Jeff Bezos on the Forbes rich list.

“In 2013, everybody thought we were crazy for launching a Bitcoin investment fund. Well, look at us now.”

“Once Wall Street starts putting money into Bitcoin – we’re talking about hundreds of millions, billions of dollars moving in – it’s going to have a pretty dramatic effect on the price.”

Barry Silbert is the founder of Grayscale, Nasdaq Private Market, and the CEO of Digital Currency Group, one of the first billionaires buying Bitcoin since 2012.

“Bitcoin is a better alternative to Gold, and it’s going to continue to be. That’s why I own Bitcoin and never sold it.”

“What really changed everything was smart contracts. They came along, and that created DeFi and NFTs. That’s what changed the game. That’s what got me excited. That’s why it’s a lot like the internet.”

“I own Bitcoin and I have a lot of Ethereum as well. I wish I had bought it sooner, but I started buying it four years ago, simply because I think it’s the closest we have to a true currency.”

“As long as more companies take Doge for products/services, then Doge can be a usable currency because it MAY hold its purchasing value better than a $ in your bank. If interest rates skyrocket or the amount spent falls or stagnates, so will Doge. Yes, a joke is now legit.”

“The number of transactions and the diversity of transaction types along with the development efforts in Ethereum dwarf Bitcoin. The utilization of Ethereum is much higher.”

Mark Cuban is a billionaire TV personality, appearing on Shark Tank. He is bullish on both Bitcoin and Ethereum.

“Bitcoin is going to flip Gold, and it’s going to subsume the entire Gold market cap.”

“I think you can expect that we’ll have a billion more people storing their value, in essence in a savings account, on a mobile device within five years and they’re going to want to use something like Bitcoin.”

“Bitcoin will reach a $100 trillion market value – a 100x increase from its current market cap.”

Michael Saylor is a billionaire entrepeneur and business executive, buying Bitcoin heavily during the 2021 bull run via the company he founded, Microstrategy. Unlike Mark Cuban he’s a Bitcoin maximalist, an investor that doesn’t diversify into owning other altcoins and tokens.

“There’s been a giant realization that crypto is not just Bitcoin being bought as a hedge against bad monetary and fiscal policy. More importantly, it’s the web 3.0. No investor wants to miss the next internet.”

“Crypto has bounced back because institutions are buying… this was partly a big short-covering rally and partly recognition that this is a real market that’s not going anywhere.”

“The amount of growth that we’re going to see in our space is staggering. We’re just getting started. Right now, total crypto wealth is roughly $2 trillion, so that’s one half of 1% of all wealth. If you don’t think in the next two to three years that can be 2% to 3%, you’re not paying attention to the trends.”

Mike Novogratz is the CEO of Galaxy Digital, and former hedge fund manager. A billionaire before the 2008 crisis, he recovered his fortune by buying cryptocurrency. 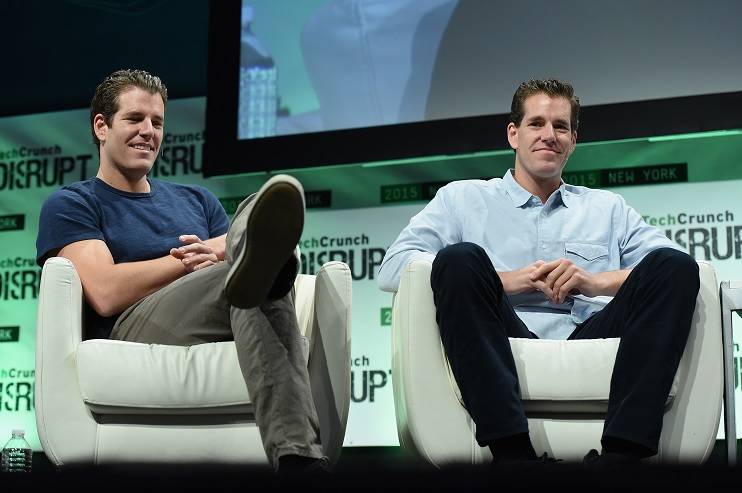 “Bitcoin is a hold or a buy opportunity if you don’t have any, because we think there’s a 25x from here.”

“A Shiba Inu $DOGE is man and woman’s best friend. It may not be the hero the world deserves right now, but it may be the one that we need right now.

The Winklevoss twins are credited by some as being the rightful owners of Facebook, famously trying to sue Mark Zuckerberg. They moved into the cryptocurrency markets and became billionaires buying Bitcoin instead.

“Buying Bitcoin is like investing with Steve Jobs and Apple or investing in Google early.”

“Bitcoin has a lot of characteristics of being an early investor in a tech company. I think we are in the first inning of Bitcoin. It’s got a long way to go.”

“Bitcoin has this enormous contingent of really, really smart and sophisticated people who believe in it. I came to the conclusion that Bitcoin was going to be the best of inflation trades, the defensive trades, that you would take.”

“Bitcoin is sort of like Microsoft in the software world or Amazon in the e-commerce world.”

“I think Bitcoin continues up because there are only 21 million of them. By virtue of its code, only 21 million bitcoin can be mined. Give it about a year and a half and retailers will all accept Bitcoin.”

“It’s been around for 13 years and with each passing day it picks up more of its stabilization as a brand. Bitcoin could be an asset class that has a lot of attraction as a store of value.”

“If the Gold bet works the Bitcoin bet will probably work better because it’s thinner, more illiquid and has a lot more beta to it. I’ve warmed up to Bitcoin.”

Stanley Drunkenmiller is the former chairman and president of Duquesne Capital, a company with assets valued at over $12 billion. 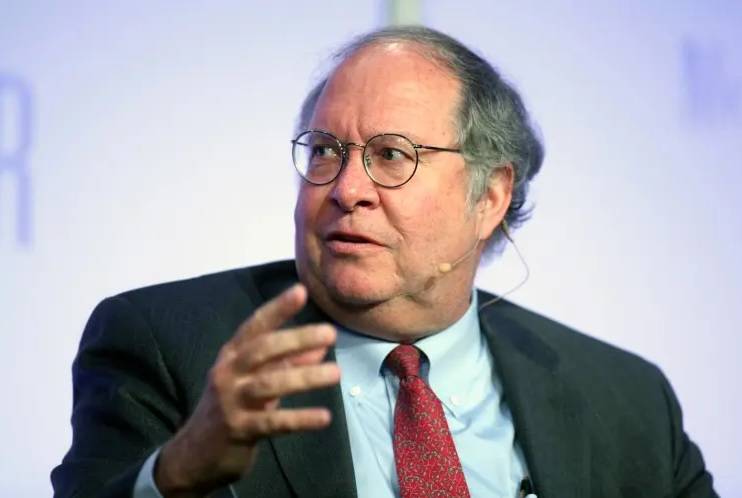 “I think the risks of bitcoin going to zero are much, much lower than they’ve ever been before. It has been very volatile, but I think right now its staying power gets better every day.”

“Bitcoin’s a lot less risky at $43,000 than it was at $300, because it’s now established. There’s been huge amounts of venture capital money that’s gone into it. All the big banks are getting involved with it. I’m willing to over the waterfall with this one.”

“There are protocols that are theoretically superior to Ethereum, such as Solana. Will they overtake it? I have no idea, but it’s a complex area, and that’s why I tend to stay with Michael Saylor and some of these other people. I own Ethereum, but a trivial amount relative to what I own in Bitcoin.”

“What inspires me the most about Bitcoin is the community driving it. It reminds me of the early internet.”

“My hope is that creates or helps create world peace. It’s going to be long-term, but my hope is definitely peace.”

“Bitcoin changes absolutely everything. I don’t think there is anything more important in my lifetime to work on.”

Jack Dorsey became a billionaire when he co-founded social media platform Twitter, led his other company Square into the world of DeFi, and started a $23.6 million Bitcoin fund with rapper Jay Z.

The elusive billionaire George Soros hasn’t made many public statements on buying Bitcoin yet, perhaps as he once called Bitcoin a ‘bubble’ – like many however he now appears to have changed his mind.

The CEO and chief investment officer of Soros Fund Management, Dawn Fitzpatrick confirmed in 2021 that the family office now owns ‘some coins, but not a lot.’

“I’m not sure Bitcoin is only viewed as an inflation hedge here. I think it’s crossed the chasm to mainstream.”

One of the only famous billionaire names left in finance still critical of Bitcoin is JPMorgan CEO Jamie Dimon. Although JPMorgan Chase did eventually become the first bank to give retail clients access to buying Bitcoin.

The most vocal detractor of Bitcoin, who has never given any ground, is stockbroker and financial commentator Peter Schiff. Perhaps fittingly he is far from a billionaire yet, with a net worth of $70 million.

Goldman Sachs has also reversed course on crypto and expanded into Bitcoin trading. The narrative of institutional investors buying Bitcoin and digital assets has seen the cryptocurrency market cap once again reach $1 trillion.

Will more news of institutions and billionaires buying Bitcoin push the price to six figures per coin? That remains to be seen in Q4 2021, 2022 and beyond (there are rumours of a Bitcoin ETF being approved soon).

If it does, it will also drag up the dollar and USDT price of all altcoins with it, whether Ethereum, Dogecoin or Shiba Inu, even if the latter two are more speculative and based on memes. You can buy BTC, ETH, DOGE and SHIB on regulated exchange eToro and ride the bullish trend.

Buy Crypto
67% of retail investors lose money when trading CFDs with this provider.